Finally I have some progress on my inMoov robot. In my last I described a method to hack servos for the shoulder and the arm, but my inMoov Torso was still headless. The robot has a head now. Yes!! 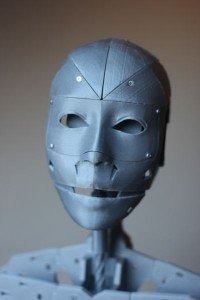 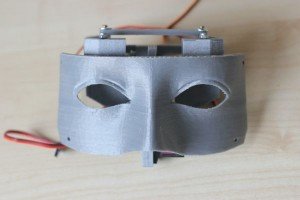 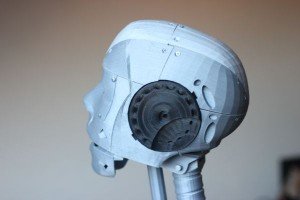 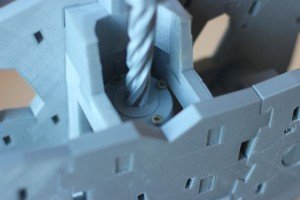 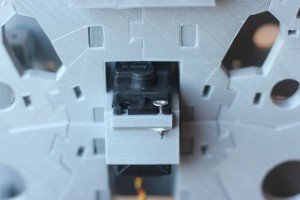 The head of the inMoov robot has a lot of parts. Not only at the outside, but internally there is a mechanism with servos to control the eye and the jaw movement. This needed some tweaks to make it work. First of all I had the wrong servos and these didn’t fit as easy as I expected. The Dremel was needed to make the holes for the servo bigger and another shape. At the end I probably should have designed a new one, but this will do for now 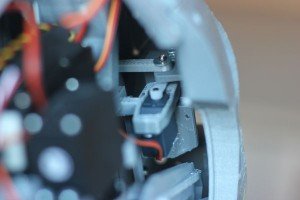 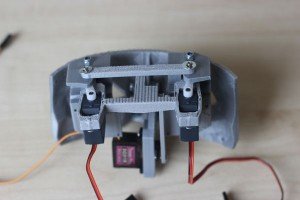 Second problem I had, was the mount of the vertical eye movement. The servo arm was too short. I tried everything, but it stayed to short. Finally I designed a new one that was fitted snugly. 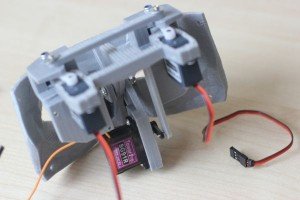 As you can see the inner parts aren’t very nice. These actual where the first few parts I printed with my Ultimaker. I used a raft with the print and that isn’t the best method. Now I use a rim to protect the print from warping. 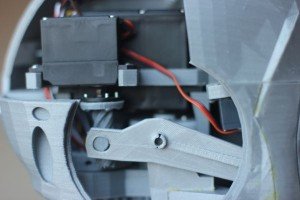 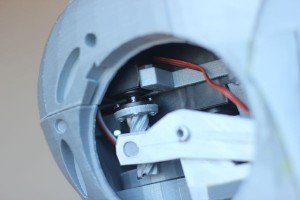 At the back of the Neck you see the wires coming out. I used extension wires to make the cable of the servo longer. To guide the wire trough the head I used Tyraps and hot glue. This should protect them from getting stuck between the moving parts. 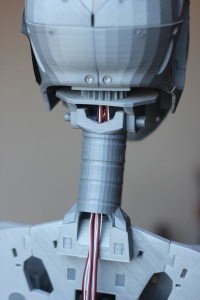 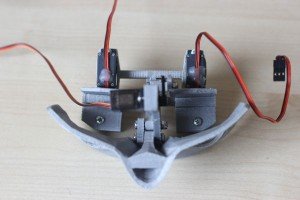 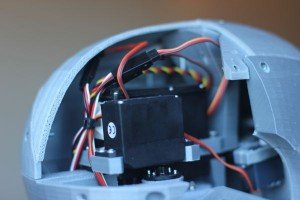