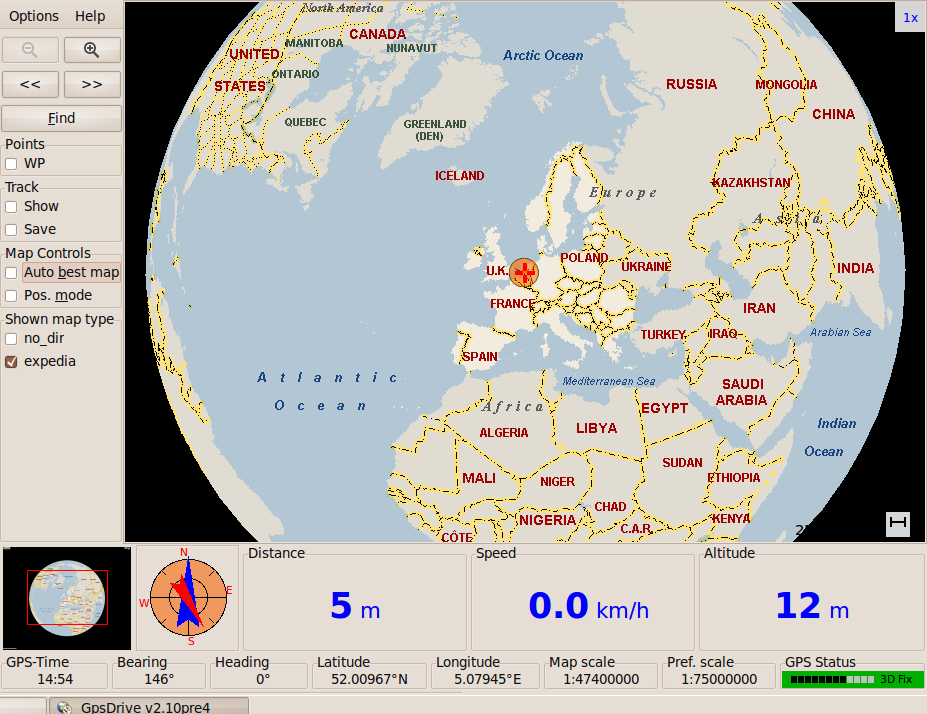 To know where the robot is in the outside world I want to mount a GPS receiver on the ‘head’ of the robot. It’s a navilock NL-302U GPS Mouse and has an SiRF Star III chipset. The GPS mouse is connected by USB to the Motherboard. Navilock used the Prolific pl2303 converter as the USB serial adapter.

Communication with the robot is done with the gpsd Service Daemon (http://gpsd.berlios.de/). This Deamon is working with a lot of GPS devices. To see what the GPS receiver is seeing I used the GPSDrive software (http://www.gpsdrive.de/).

To install the gpsd and the gpsdrive software you can use the following in the terminal:

After installation I had to check on which port the receiver was, so I used dmesg after plugging in the Receiver. You get information about what the system has done with the new connected device. For the Navilock NL-302U you have to look at the Prolific pl2303 converter. In my case the port was ttyUSB0. Now I had to set the Baudrate to 4800, because it has a standard value of 9600. This was done by:

To start the gpsd daemon and the gpsdrive use:

See the result in the following screenshot. (And yes, I live in The Netherlands) 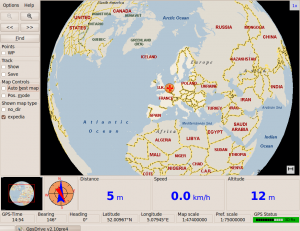 You also can use the xgps tool to see the satellites the gps receiver is seeing. 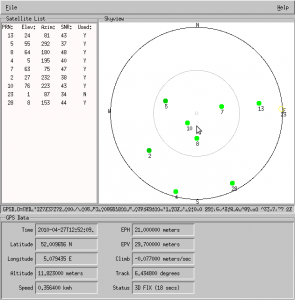